We have lots of exciting changes in store for this year’s Visible Verse Festival! The date has been moved from November to Saturday, October 13, directly following the Vancouver International Film Festival and the program, still in the works, will include entries from 56 international artists and 100 videopoems from Australia, Belgium, Denmark, France, Germany, Israel, Italy, Mexico, Norway, Portugal, Poland, Russia, the U.S. and Canada. And for the first time, we are exchanging videopoems with Argentina’s VideoBardo Festival and featuring a selection from their 2012 program. As well, we are happy to host Alberta artist Phillip Jagger who will perform his poetry and present “Reigning In Chaos: Words Into Video”, a hands-on workshop demonstrating the use of handcrafted video, a Kaos pad, iPod and video jamming software.

With videopoetry and poetry film festivals and sites popping up all over the world, Vancouver and Pacific Cinematheque’s Visible Verse Festival maintains its position as North America’s sustaining venue for artistically significant videopoetry. As founder of the Vancouver Videopoem Festival and Visible Verse, curator and host Heather Haley has provided a venue for the genre since 1999 and vigorously contributed to the theoretical knowledge of the form. Haley is to be honored for her work with a Pandora Literary Award and has been invited to present a keynote address at the 4th VideoBardo Festival/Conference in Buenos Aires in November on the theme of “Videopoetry; New Perspectives on an Interdisciplinary Practice.” 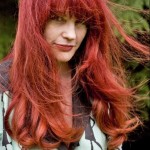