Please download a PDF of the callout from filmpoem.com (also included in HTML below the fold). The deadline for submissions is 1st May 2013.

The combination of film and poetry is an attractive one. For the poet, perhaps a hope that the filmmaker will bring something to the poem: a new audience, a visual attraction, the laying of way markers; for the filmmaker, a fixed parameter to respond to, the power of a text sparking the imagination with visual connections and metaphor.

A filmpoem is a single entwined entity, a melting, a cleaving together of words, sound and vision. It is an attempt to take a poem and present it through a medium that will create a new artwork, separate from the original poem. The film is a separate work from the text itself and this in turn may be able to open up poetry to people who are not necessarily receptive to the written word. Poetry often tries to deal with the abstract world of thought and feeling, rather than the literal world of things. The filmpoem is the perfect marriage of the two.
Alastair Cook, Anon 7 (Edinburgh, 2010). Available at filmpoem.com/Manifesto.pdf

Filmpoem is a project conceived by artist Alastair Cook; all Filmpoem work is free to view at filmpoem.com. This genre has become a great new force in the worlds of film and poetry and other terms for this wonderful hybrid artform include videopoem, cinepoem and poetry-film, each reflecting slightly different origins and schools of thought.

The Filmpoem Festival 2013 will be held on the 2nd-4th August 2013 in Dunbar Town House, a beautiful building in the centre of Dunbar, itself an attractive fishing town 20 minutes east of Edinburgh. It is supported by North Light Arts, who will be offering the opportunity to have your films screened the subsequent week in their Solar Cinema.

Filmpoem Festival will begin with an informal gathering on Friday 2nd August in Dunbar; please register using the submissions email, submit@filmpoem.com, to receive further details. The Festival itself will be divided into a number of different categories, workshops and competitions, which will take place over Saturday 3rd and Sunday 4th August.

Filmscape – The Open Program
The Filmscape section of the Festival will be presenting a curated program showcasing the exceptional talent working within the poetry-film genre, featuring films from among this year’s entries. There is no theme — send us your best work.

The Filmpoem Prize
All submitted films, unless noted in the application, will compete for three prizes:

Filmpoem – A Westray Prayer
The festival invites entries of films based on the poem A Westray Prayer by John Glenday, with his kind permission (Published by Picador). Three films will be selected and presented in conversation, with all other entries being shown. Each film must contain the recorded text by John Glenday and be limited to 4 minutes in length. How the film reflects the poem is entirely at the discretion of the filmmaker. A file of the recording of John Glenday reading his poem, A Westray Prayer, will be available in mid-March and the poem is included in the PDF, with his permission. Films for this section will only be accepted with the recording as provided.

The United Kingdom of Words
The program for children and young people includes their own prize and also a Filmpoem Workshop, which focuses on the 8-12 age range. The classes will be split, with a third working on a poem with a poet, one third filming based upon a theme and the final third working with Luca Nasciuti on the sound. Filmpoem will draw these together, fully guided by the children themselves- they make a Filmpoem! The final film will be screened at the festival and then posted at vimeo.com/northlightarts.

In addition, the Filmpoem Six — Mentoring Program will take place prior to the festival. Filmpoem has links with the London Poetry Systems, Moving Poems and the Scottish Poetry Library as well as Scotland’s poets. We are keen to use these to forge new links with emerging poetic and filmic talent. Filmpoem will work prior to the Festival with six young poets of school age to create films based on their poems. The resultant six poetry-films will have a dedicated screening within the festival.

The deadline for all submissions in the open call is Wednesday 1st May 2013.

There is no entry fee but entries on CD/DVD are non-returnable.

All submissions will be considered as your screening copy so if the resolution is not sufficient, we will unfortunately not be able to screen your film.

We would encourage the use of original soundtracks wherever possible and no copyright material can be used without the express permission of the poet, musician, filmmaker and/or author. We will consider your submission as granting us permission to screen the film for the duration of the project. We will hold your films, unless expressly instructed otherwise, for archive but they will not be screened or used in any way without seeking your express permission.

Dave Bonta: Dave is a writer and publisher living in Pennsylvania; he writes a blog dedicated to the genre of poetry-film, movingpoems.com.

Alastair Cook: Alastair is an artist working in film and photography. His award winning work is rooted in place and the intrinsic connections between people, land and the sea. Alastair is North Light Arts artist in residence. alastaircook.com

Marc Neys: Marc, aka Swoon, lives in Mechelen, Belgium and has produced over 60 filmpoems; he collaborates with writers internationally. vimeo.com/swoon 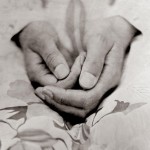