The Polish Language
by Alice Lyons and Orla Mc Hardy (2009)

The Clinic
by Kristian Pedersen (poetry by Annelie Axén) (2010)

Sympathies of War: A Postscript
by Tom Konyves (1978) 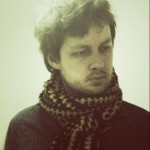 J.P. Sipilä (1981, Helsinki, Finland) is a poet and video artist. Sipilä creates compositions that generate tranquil moving images in relation to poetic texts that leave traces and balances on the edge of recognition. Sipilä looks for new and different ways to approach poetry on screen. Whether they’re re-thinking the relationship of image, sound and text or the possibilities of different poetic spaces, his works create multiple ways to ”see” poetry. Sipilä’s works never show the complete structure. His poems appear as dreamlike fragments where the ”I” is never stable. By applying a poetic and often fragmented language, Sipilä creates emotional, meaningful poems regardless of if the works are written on paper, displayed on screen or composed within installations. Sipilä's latest work, Sleight of Tree, an online poem installation, is now online. www.jpsipila.com