Still from “I Too Come From“

I always have a sense of excitement when I am in the process of creating a new filmpoem. I find I am not as prolific as others in the genre who I admire. Not only does my other work get in the way, but sometimes it takes me time to soak in a poem, and I don’t like to be rushed. I have been wanting to develop a piece from Luisa Igloria’s work ever since I read about her practice of writing a poem each day on Dave Bonta’s website, Via Negativa.

At least six months ago I looked through The Poetry Storehouse for Luisa’s work and downloaded her audio, then I surfed again about a month ago. I printed out “I Too Come From” and read it a handful of times before I decided to shoot some new footage on a rainy day. I patiently waited for drips to fall from a line and watched rain falling softly on my back steps with the shadow of a very old oak tree (which may have to be cut down later this year), surprisingly echoing the words, “…elbow of an alley shaped like an L…” I also looked through my archived footage seeking unused imagery and then went online after reading about a new source of public domain material on Pond5, both from Nic S.’s post on Facebook and an email from Pat Aufderheide at the Center for Media and Social Impact.

The biggest difference I had in producing this piece is that I edited it backwards. I can’t say for sure why, but it was easier for me to reconstruct the poem visually starting with the end first and moving backward towards the beginning. This seems a bit crazy, but after some reflection perhaps it had more to do with my wanting to merge moth imagery I shot last summer with a nuclear cloud clip downloaded from Pond5. Some type of metaphor clicked for me, and I started with that first—from there it all just glided along.

While I knew which clips I wanted to use, I moved imagery around based on my connection to the words and experimented with collaging images together. I have a tendency to be abstract in my approach to filmpoetry, but I felt figures were needed, especially since the overwhelming sense I got from the poetry is one of independence—something that resonates with me on a personal level.

I played around in Motion to create the title sequence and while I collected some sound effects along the way, as usual I left the soundscape to the end. I was so happy to finally use my footage from an underground train in Belgium. I tried to use the imagery too, but it didn’t work. As audio goes, I have found Freesound to be a great resource, but it’s time consuming trying to find what feels like just the right effect, or music. In the end I always hope I do justice to the poetry and that viewers enjoy watching and listening to it as much as I have creating it.

Watch “I Too Come From” at Moving Poems. 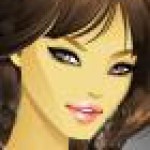