Submissions are requested from poets and filmmakers as part of Light Up Poole, a unique digital Light Art Festival aiming to transform Poole’s town centre after dark from 15-17 February 2018.

Focussing on a theme of ‘Identity’, festival organisers are looking for films, up to a maximum of three minutes, that address the topic and consider how identity is reflected in contemporary society. What does it mean to be an individual, a member of a family, a worker in the city, in a rural setting, a person living in Britain today?

Ten short-listed films will be shown at select venues in Poole’s town centre throughout the duration of the festival, with further screenings as a prelude to main cinema screenings at Lighthouse Poole during March/April 2018. The winning film will receive £500, to be shared between poet and film-maker in the case of collaborations.

Links to films must be received by 26th January 2018. High Definition files will be required for short-listed films.

Lucy English is co-creator of the poetry film organisation, Liberated Words, which curates and screens poetry films. Lucy is best known as a performance poet who has published three novels and is currently a Reader at Bath Spa University where she teaches on the undergrad and Master’s Creative Writing courses. Her specialisms include writing for digital platforms.

Sarah Tremlett, MPhil, FRSA, SWIP, is a British poetry filmmaker, artist and arts theorist/writer, with a first-class honours degree in Fine Art and an MA in Creative Writing from Bath Spa University. In 2012, she co-founded Liberated Words poetry film events with poet and novelist Lucy English to screen international poetry filmmakers alongside films made in the community, and co-conceived MIX conference, Bath Spa University.

Entry is free to anyone, and should be made via email to matt@artfulscribe.co.uk including the following info in an attached word document:

You may submit as many entries as you like. Films must interpret, be based on, or convey the festival theme. Non-English language films will require English subtitles. 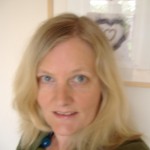 Lucy English is a poet and novelist, co-creator of the Bristol-based poetry film festival Liberated Words, and a Reader in Creative Writing at Bath Spa University. See her website for a full biography and more.