A still from Haunted Memory.

Marie Craven: If you have the time and inclination, Dave, I’m interested to hear your thoughts about the piece on Haunted Memory, by Cristina Álvarez López and Adrian Martin, that we published recently on the main Moving Poems side of the site.

Dave Bonta: It was an interesting essay, but I do feel that if its makers call something an essay film or an audiovisual essay, it’s not entirely fair to re-brand it as a film poem just because that’s what our site is about. I’m wary about a kind of hegemonic impulse that leads critics to expand the bounds of their favorite genre beyond a point that’s helpful for the average reader, listener or viewer. (I feel that TriQuarterly, for example, does this all too often for the pieces in their video section, branding them all as “video essays” even when they’re clearly adaptations of texts termed poems by their authors.)

Yes, Haunted Memory is very lyrical and resembles a lot of poetry films, but proponents of creative nonfiction would argue I think that it is a separate category distinct from journalism on the one hand and poetry on the other. So by the same token I’ve resisted the temptation to showcase especially poetic documentaries over the years, though there’s clearly plenty of overlap and mutual influence, and one can find examples of film-makers who work in both genres, such as Lori H. Ersolmaz and Roxana Vilk.

MC: Thanks for the feedback.

In one way, I see critical and theoretical writing about any art as inherently hegemonic, in that a position is adopted above the field it is mapping. But I take your point about re-branding, especially the part about stretching things to a point beyond what might be helpful to audiences.

About TriQuarterly: they published one of my videos in their current issue as a video essay. I have no problem with it. That piece, Kitsch Postcards, from a poem by Amanda Stewart, fits both categorisations, I think. Perhaps from a film-maker’s point of view, there is an element of pragmatism in how and why we may identify with certain genres or forms. The terminology may be more fluid for a film-maker than a critic or theorist.

DB: It’s not a bad thing to keep continuously challenging the rules, even one’s own rules. It’s entirely possible that I’ve gotten a little hide-bound about Moving Poems over the past ten years. And I can see where you’re coming from as a film-maker. But all categories are ultimately arbitrary and fluid; the question is, do they help or hinder our understanding? Poetry itself is notoriously hard to define, and I tend to side with those who simply say that a poem is whatever a poet says it is. So if a video artist declares themselves a poet and starts making what they call videopoems, I’ll consider their work for the site on that basis.

I’ve also somewhat arbitrarily ruled out films or videos lacking in anything that might be considered text, either in the soundtrack or on screen. I follow Tom Konyves in that regard. If I don’t also attempt to distinguish between poetry films and videopoems in a thoroughly Konyvesian fashion, that’s mainly because I see myself as a curator rather than a critic. It would simply be too confusing, and possibly off-putting, for general visitors to Moving Poems to try and navigate between separate videopoem, film poem, poetry film, and cinepoetry categories, for example, so I’ve treated all these things as roughly synonymous and let it go at that. I guess you could say I’m trying to respect the populist impulse of the avant-garde without succumbing to its more elitist tendencies, because I want the site to appeal to people from all kinds of educational and cultural backgrounds.

All of which is a long-winded way of saying yes, I agree with your pragmatic outlook, but I do feel that some distinctions are still useful.

MC: I like the idea that “a poem is whatever the poet says it is”. Artists are often not given that much power over their own work in the broader culture arising around them. I guess we have to leave something to the critics/theorists, who draw on our work to inspire what they do in their own distinct fields of endeavour. I wonder if what they do is a kind of appropriation? I might be less ambivalent about critical theory if I were to view it as a new creative work arising from one that came before it.

Another thing that may have prompted some of what I wrote about Haunted Memory, is an email I recently received from someone in the German-speaking world who is very dedicated to our area of interest. They mentioned how unhelpful they find the term “videopoetry”. As I understood this email, most of their dislike of the term seemed to be about funding policies in that part of the world, as they relate to staging festivals and events in our genre. But they consider the term old-fashioned too, belonging to the 1990s at the latest.

There was also a recent discussion in the Poetry Film Live group on Facebook, in response to a post about the terminology most acceptable within a PhD. Alongside responses from several others highly engaged in our field, I confessed that I tend to interchangeably use terms like poetry film, film poetry, poetry video, videopoetry, and any others in this vein. Part of that discussion was also about whether videopoetry (or whatever) is a “genre” or a “form”. I find this to be of little real consequence (except in the context of a PhD), and again tend to use the terms interchangeably.

DB: Well, there’s no doubt that the Germans, like the Brits, consider “film” the proper term, and are snobby about “video”. And I can well believe that funding organizations might be more impressed by applications using a term perceived to have more gravitas and prestige. But most of the rest of the world goes with some version of “video”.

The form vs. genre discussion is interesting I suppose, but to me a poetic form implies fairly strict rules, so for example a sonnet ought to fit or at least strongly suggest the received opinion of what constitutes a sonnet. What sorts of rules define a videopoem? Precious few. So videopoetry as I understand it is a genre of poetry, yes — as well as a genre of film/video. But not a form.

One could make the distinction that videopoetry or film poetry is a genre of poetry, whereas poetry film, including most animations, is a genre of film. And I think that can be a useful way of thinking about different tendencies or orientations in the work we see. But in reality, I think, many poetry videos emerge from collaborative partnerships between a writer and a film-maker, in which sometimes the text does not precede the project but arises in response to images or music. Or sometimes it might have had a separate life in print or as live performance, but becomes a new thing when adapted to film/video. So the question of whether to consider the final product a film adaptation or an original videpoem becomes fairly academic. They’re poles on a continuum, basically.

MC: Poles on a continuum, yes. I think that videopoetry is both a genre of poetry, and a genre of film. It is a hybrid embodying the histories of both art forms.

In terms of “the Germans” and “the Brits”, it could be argued that “video” is the term that should always be adopted, as it is the most accurate description of the technology we are using, i.e. digital video. The term “film” fundamentally describes moving images on celluloid. There are global subcultures that can be snobby about anything other than celluloid film, especially in the experimental film world. I was once one of them, back when video and film were more clearly different things, and video was recorded on magnetic tape.

DB: Not to beat a dead horse, but it’s worth remembering that the term “video” was invented decades before the advent of video cassettes, and deployed as early as 1937 to describe what was broadcast on television. Nobody talks about “film games” or “online film hosting”. So I do feel it’s a better, more neutral catch-all term for moving images in the era of mass communications. I guess one thing I’ve learned over the years is that one can become a great videopoet or film poet without necessarily being a brilliant poet on the page or the stage. Just as Arthur Waley was a great poet with a distinctive voice only when he translated other people’s poems into English, so, for example, is someone like Marc Neys able to develop a distinctive and powerful poetic voice in videopoetry despite not being a page poet himself. Over the years, I’ve really grown to appreciate how rare a truly original eye is, and how a genuinely great poetry film-maker’s work might as well constitute a unique new genre.

And then there are all the poets I’ve come to know who learn how to make videos themselves and find that it revitalizes their writing, and sometimes also changes their whole perspective on publishing, simply because the way videos are hosted and shared online tends to make a hash of traditional, scarcity-based publication models.

Which brings me in a somewhat circuitous fashion back once more to the film vs. video distinction. To the extent that screening work in festivals (or in rare occasions in limited theater runs) may prevent it from being freely shared online, it might still make sense to distinguish between something shared as if it were a scarce artifact analogous to a celluloid film, versus something that can be shared as if it were an endlessly replicable composition analogous to a poem.

MC: You mentioned Marc Neys. I almost see videopoetry as revolving around his work. It embodies something unique in the contemporary genre. To me, what he has done represents a true expression of the avant-garde in our midst, opening ways forward that many of us haven’t yet seen. Much art is labelled avant-garde, but not so much fits the description. It’s not that I feel we all should emulate what he has done (on the contrary), but there is much to learn from the spirit of his approach.

Jumping on to another of your thoughts: it’s wonderful for me to think of video revitalising the work of poets. Poetry certainly has reinvigorated film-making to a huge degree for me. This give and take between the parts of the hybrid form is inspiring.

I like what you say about distribution as well. Online publishing is liberating in relation to the older models. Scarcity-based distribution seems so tied up with capitalism. I like things free.

DB: Amen to that. Thanks for the discussion. 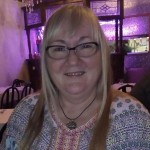